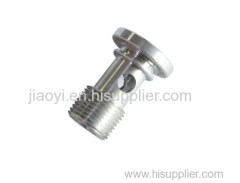 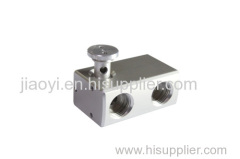 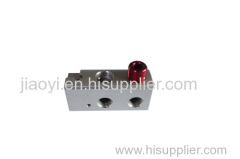 An accessory for connecting a water supply and drainage pipe or a heating pipe. The connection mode of the pipe connecting piece is mainly connected by screw thread, flange connection, welding connection and socket connection. The materials used are cast iron, malleable cast iron, cast steel, forged steel, nonferrous metal and nonmetal material, etc.. Threaded connection is widely used, it mainly has the following 14 kinds of:

1 external joints: also known as the sleeve, the direct head. With internal thread, the general connection of the same nominal diameter of the two pipes, or with the outer thread of the pipe fittings and valves. Is the largest amount of a connecting piece. There is no external connector Harness Harness and two. Barrier outside the wire connector generally adopts a taper pipe threads, and can also adopt a cylindrical pipe thread; harness connector can only be using a cylindrical pipe thread.

5 different diameter elbow: also known as the size of the elbow, the size of the bend. For connecting two pipes with different nominal diameter or with external thread pipe fittings, valves, and make the pipeline for 90 degree turn, one end of the pipe diameter reduction.

6.45 degree bend: also known as straight, half bend. For connecting two pipes with the same nominal diameter or with external thread pipe fittings, valves, and make the pipeline for 45 degree turn.

7 outside of the month: also known as the outer fiber, the moon and the moon. Similar to the elbow. Its arc radius is larger. Mainly used for the need to bend a larger radius of the pipeline. Outside the moon is a thread, and the connection with the pipe must be used in conjunction with the external connector.

8: three days, also known as the three road bully bending, bending t. The pipe fittings and valves are used for connecting 3 pipes with the same nominal diameter and with external threads, wherein, the two pipes are in a straight line, and the other pipe is perpendicular to the two pipes. The need for a place where the road connecting pipe.

Four 10 links: also known as the cross connector, four days, four forks. For the connection between the road and the road on both sides of the branch manager. Four with the same diameter and diameter of two. Mainly used for conveying gas pipeline, so that the pipeline into a ten - shaped branch. The application range is smaller than three. ?

12 six angle joints: also known as the six corners of the external screw thread, wire hoop, inner tube. The middle part of the middle part is provided with a convex hexagonal shape, and is used for tightening in the middle of the installation. Pipe fittings or valves with threaded connections at both ends. To reduce the volume, the general will be part of an inner joint nominal diameter greater than 65mm in the middle of the protruding octagonal made. ?

14 plugging: also known as plug, plug, plug, tube bulkhead. Solid, one end with external thread. Used for blocking the pipeline, to prevent leakage of the pipeline intermediary, and can prevent the debris into the pipeline. Usually with the outer joint, three way and other fitting with the use of. Please feel free to contact with us.and welcome to visit us at any time.